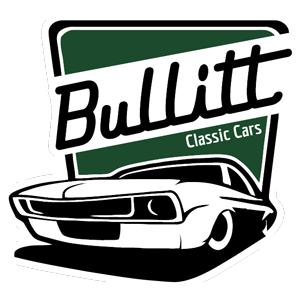 FROM BLACK BEAUTY TO GREY GHOST

This month’s feature is the Mustang 2005 GT, owned by Peter Proost.

We asked Peter what drove him on choosing this beautiful car and why he decided to give it a complete makeover.

I’ve always been a fan of motorracing and did this myself for many years, but I was getting too old for it, so I sold all my stuff.
All of a sudden I had time on my hands so what was I going to do with it?
I  started looking on the internet and found a Ford Mustang GT 2005 with 3000 miles, lowered Roush suspension, nice 255/40 wheels AND a 500 GT striping.
I loved the striping, but that didn’t make the car go any faster, so I thought to myself, “let’s make it better than a GT500”.

What changes did you make?

After doing some research and getting some advice from The Mustangdoctor, I decided on going for the Edelbrock Supercharger kit, Baer 6 piston 14″ breaks, 1 piece aluminium driveshaft, Koni shocks, and a Flowmaster exhaust.
My first reaction after these changes was, “Wow, that’s a BIG difference !”

A trackday at Franchorchamps showed that we needed some more cooling. So if adjustments were needed, I decided to add some more power too.
Camshafts, Long tube headers, a complete exhaust, a smaller pulley, a double fuel system, a bigger intercooler, CAI, oil catch cans, clutch and flywheel, more suspension upgrades like swayer bars, panhard bars, third link,… were added.
It turned the pony into a stallion with 550 hp (on the road !) …very fast but no longer a daily driver.   I couldn’t go to the dragstrip either because the rear axle and diff were no good.

Well, while I was testing all this power on the track in Zolder, the Michelin Pilot Sport tyres couldn’t hold it anymore and the Mustang went offroad and hit the wall.  It wasn’t damaged too bad and we were still able to drive it back to The Mustang Doctor, who took care of it.  Some parts had to be replaced, so I decided to go for a complete makeover to match the power.
I went for a body kit and a mat grey wrap.
It looked awesome !!

So The Grey Ghost was born?

Not completely, at the yearly technical inspection it seemed that the CO² was too high, so I took it to a dyno guy to adjust the air/fuel ratio.
Instead of adjusting, he blew up the engine!
….No comment.

The engine had to be rebuild again?

No, it was damaged beyond repair so it had to be replaced.
I ordered a Ford Racing 5.0 stroker with Stage 3 heads, a Ford racing rear axle and Torssen 2 diff. The Edelbrock Supercharger was sent back to the factory to be adjusted to the new engine.

When everything was built in again I ended up with a 620 hp, headturning Muscle Car, that I could use as a daily driver again, thanks to The Mustang Doctor/Bullitt Classic Cars, Hennie Lek and 2wrap.com.

Happy to hear this story has a happy ending!
We wish you loads of driving pleasure and thank you for sharing it with us.